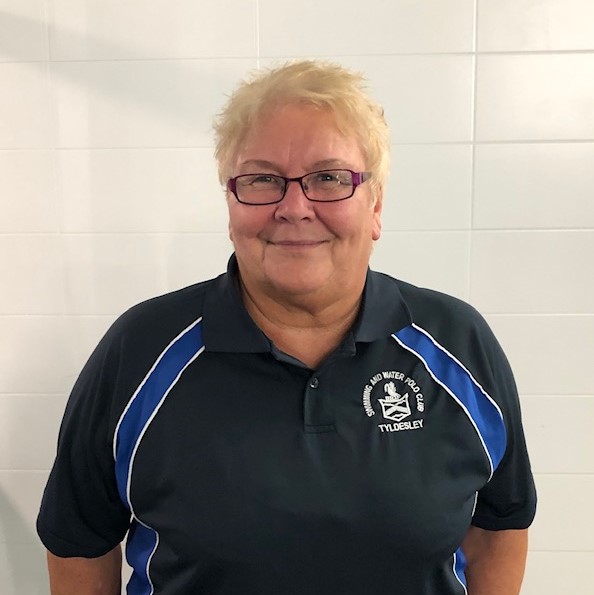 Diane has been a member of TSWPC for over 34 years when her own children joined the club in 1986.  She has held a variety of volunteering roles within in the club from Representative to Central Lancashire SWPA, Lancashire County WPSA and SE North West Region, Club Secretary, Teacher, Head Coach, Life Member and is our current Club President.

Diane is also a member of the Lancashire WPSA Executive Committee and also held the post of Swimming Manager for SE North West from 2005 – 2017 with responsibility for organising all Regional Swimming Events; Swim Camps; Skills Days and other activities appertaining to swimming in the region.

“Swimming is a “life skill” and has always been my passion but when my children became involved in Water Polo then my interests expanded to incorporate this sport too. I have seen many changes over the years within the world of Aquatics and I am sure that there will be many more to come!”

Qualified as ASA Preliminary Teacher in 1987 and made the decision to take Coaching qualifications when she became Chief Coach in 1998. With this qualification I then volunteered as a Coach at Wigan Borough Swim Squad.
Selected by British Swimming & Swim England in the role of Team Manager escorting teams both in this country and abroad on training/competition camps.

I am very lucky to have 5 grandchildren who I adore and love spending time with, and I love my holidays.
Anyone who knows me will often call me “Judith Chalmers” as I and my husband Alan have time for our other passion in life “travelling the world”.
When I am not spending time with the family or on holiday I love to watch football and of course there is only team to support Manchester United.