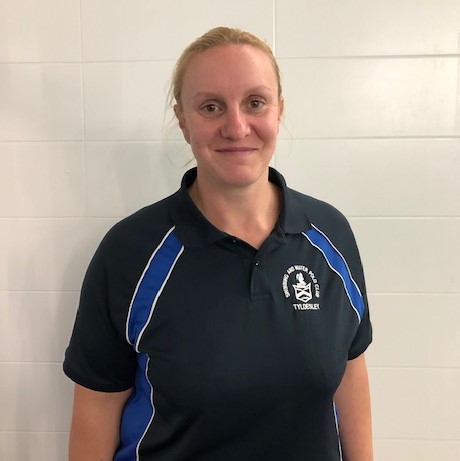 I joined TSWPC in October 1986.  I progressed through the ranks as a swimmer and continued my development with the Wigan Scheme of Excellence.

I represented the club at various league competitions and open meets, as well as Wigan WASPS; Central Lancashire SWPA; Lancashire County WPSA and Wales.   I won numerous medals at the Welsh Age Group Championships and also achieved English National Qualifying Times every year from the age of 12 years to 17 years.

To me the greatest honour was being selected to represent WALES.

I finished my swimming career when the 2nd year of my A level studies became too much and then I progressed to water polo and once again had the honour of representing the club and Great Britain.

“We have a strong focus on technique to give our junior swimmers the best long term potential possible. I believe we need to try and make our swimmers stand out and set them apart from the rest – a combination of fast and skilful swimming is hard to come by.”

I have always wanted to “give something back to the club” so I took my teaching qualification’s and I was Head of Teaching up to having my daughter in 2008.   In 2011 when I moved back to Tyldesley I returned to the club and have been teaching and coaching ever since.